For 100 years the Shipley Art Gallery has been at the heart of Gateshead’s cultural life.

For 100 years the Shipley Art Gallery has been at the heart of Gateshead’s cultural life. To celebrate, Tyne & Wear Archives & Museums has secured a grant of £59,800 from the Heritage Lottery Fund (HLF) to programme a year of special exhibitions and events that will reflect on the Shipley’s 100 year history and lay the foundations for the next 100 years.

The Shipley Centenary is also supported by Arts Council England, Gateshead Council and the Friends of the Shipley. 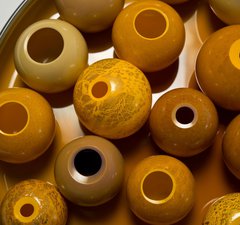 The Shipley was built and opened during the First World War on 29 November 1917. A Grade II listed, purpose-built gallery, the Shipley was founded from a bequest by local solicitor Joseph Shipley (1822 – 1909).

The 2017 Centenary also marks the 40th anniversary of the first acquisition to the Shipley’s contemporary craft collection, which is now one of the UK's most significant collections of glass, ceramics, metal, wood and textiles by British makers.